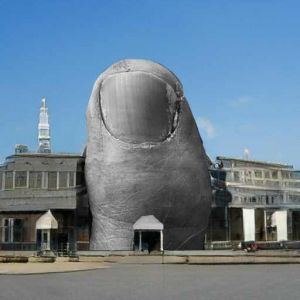 Founded in 1953 AP, the party was formed on the premise that the toe community on Dwaia, the town needed a bigger voice and not remain a vocal toenority in political dealings. The party was elected the following year as a support to the then biggest political party in Dwaia, Potato Tomato Politics Party and has remained a crucial part of all toe presence in the Dwaian political sphere since even when not being in parliament. The current slogan of the party is "For a welcoming Dwaia. Except for thumbs." Before this new slogan, it was instead "Toes, we stomp the competition."

The DUoT runs a very open architectural political campaign with an understandable focus on the toe community. The then minister candidate in the DUoT, Megan McToes, said during a speech "Even though our campaign focuses on toes and all feet beings, we wish to emphasize that all races and people and creatures are, and should be, welcome in our community. Except for thumbs, because fuck thumbs."