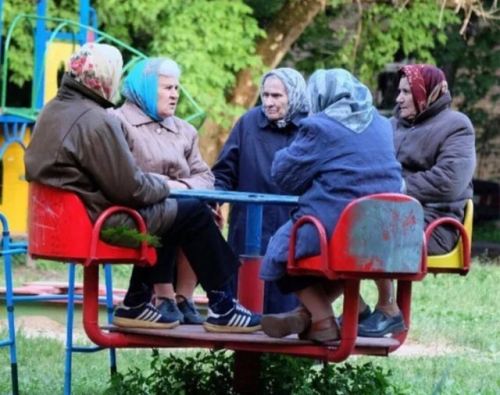 The Babushka Board (Grandma Get-together, Old Lady Oracles, Elder Council) is an anomalous event and urban legend. The event has been sighted and reported many times, often landing a number #1 spot on Blumbatube's infamous "top 10 spooky happenings in Dwaia" lists regularly. However, nobody knows exactly what the purpose of these meetings are, for how long they last or what is being discussed. Some reports say that they have sighted meetings which last for weeks on end and revolve around cookie recipes and laundry drying techniques.

The urban legend goes that these grandmothers are part of an underground secret society that plots against hungry grandchildren but no official statements have been released.

Shivers had this to say in one of his most famous top 10 list videos: "I don't know about you guys, but I wouldn't want to go outside and discover that a group of grandmas was discussing secret things in my backyard."